Airlines, cruise ships, restaurants, entertainment venues, hotels and many other types of businesses are expected to report goodwill impairments during 2020 because of the novel coronavirus (COVID-19). The contagious disease that’s wreaking havoc worldwide is a clear triggering event that would cause many companies to have to test for impairment on an interim basis — before the scheduled annual testing date.

What is goodwill impairment?

Goodwill is an intangible asset recorded on balance sheets following merger and acquisition (M&A) activity. Goodwill figures on public companies’ balance sheets skyrocketed by $386 billion in 2019 as a result of a record number of M&As, the highest level since the 2008 financial crisis, according to the latest Duff & Phelps study released December 3, 2019.

The book value of goodwill is determined by deducting the fair market value of tangible assets, identifiable intangible assets and liabilities obtained in the purchase, from the cost to buy a business. When goodwill declines in value, it’s considered “impaired.” Impairment charges can lower a company’s earnings.

What are the accounting rules for testing impairment?

Regardless of whether they choose to amortize goodwill, all companies must test for impairment whenever a “triggering event” occurs that could lower the value of goodwill. Examples of triggering events include the loss of a key customer, unanticipated competition and negative cash flows from operations. Impairment may also occur if, after an acquisition has been completed, there’s a stock market or economic downturn — such as the market and economic downturn caused by COVID-19 — that causes the parent company or the acquired business to lose value.

Why are impairments likely to spike in 2020?

The COVID-19 crisis comes at a time when the rules that simplify the test for goodwill impairment take effect for large public companies. In 2017, the Financial Accounting Standards Board (FASB) issued Accounting Standards Update (ASU) No. 2017-04, Intangibles — Goodwill and other (Topic 350): Simplifying the Test for Goodwill Impairment. It took effect January 1, 2020, for calendar year-end public companies. The standard eliminates the second step of the goodwill impairment test. The change was aimed at reducing costs for companies while retaining the informational value of the goodwill impairment test.

Last year, the FASB issued Invitation to Comment (ITC) No. 2019-720, Identifiable Intangible Assets and Subsequent Accounting for Goodwill. It asked for feedback on whether to allow public companies the option to amortize goodwill and for possible ways to change the testing for goodwill impairment to make it more operational. Feedback was mixed. In the wake of potentially massive COVID-19-related impairment losses, it will be interesting to see how the FASB decides to proceed on this project.

There are many unknowns about the severity and duration of the COVID-19 pandemic. Contact your CPA for help navigating this potential crisis and its effects on your company’s financial statements.

Accounting Standards Update No. 2014-02, Intangibles — Goodwill and Other (Topic 350): Accounting for Goodwill, made it easier for private companies merging with or buying other companies to account for the goodwill recorded with the deals. It gave private companies the option to amortize acquired goodwill over a useful life of up to 10 years. The test private businesses have to perform to determine whether the goodwill has lost value was also simplified in 2014.

Instead of automatically testing for impairment every year, private companies that elect to amortize goodwill are required to test only when there’s a triggering event, meaning the company has evidence that the fair value of the acquired business is less than the carrying amount on the balance sheet.

The novel coronavirus (COVID-19) pandemic is a clear triggering event, especially for smaller private businesses that lack the resources to weather the current downturn. In today’s uncertain marketplace, measuring impairment can be challenging. DLA can help evaluate how the downturn is expected to affect your operations over the long run.

Is Your Accounting Department Being Impacted by COVID-19?
April 14, 2020
Questions to Ask When Making COVID-19 Risk Disclosures
April 13, 2020
Go to Top 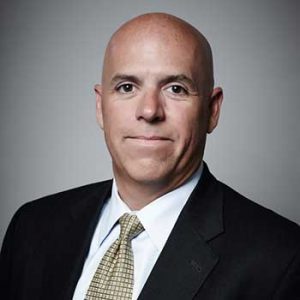